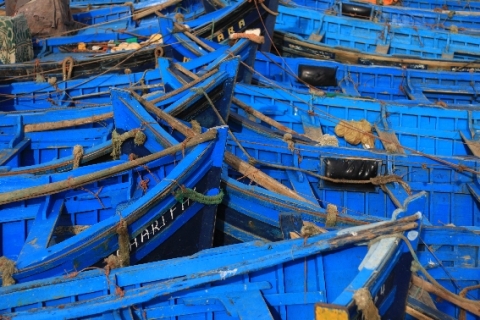 We had nine days in Morocco en-route to Sierra Leone. It had always been somewhere I had wanted to go. I had been treated to the tastes of their food when I stayed with my uncle in Belgium where his Moroccan friends cooked for me the most delightful stews of vegetable and chickpeas, full of spicy flavour and eaten with bread. Then there was the couscous and tagines scented with cinnamon and sweetened with Mediterranean dried fruits. I remember being blown-away.

However when in Morocco as a tourist I can safely say that I only ate one meal that I was blown-away by and that was a very expensive (by Moroccon standards) restaurant in Casablanca that Damio and I walked into off the street wearing dusty sneakers and sweaty faces. We were greeted and looked upon by the waiting staff with somewhat distain. However, the food was amazing! A lamb tagine with prunes for me and chicken and lemon for Damio. On low couches with stained glass windows, the atmosphere should have been perfect, except for the fact that I felt very uncomfortable and unwelcome.

In general, if you are eating at a restaurant in Morocco all meals start with bowls of olives and bread that vary in quality and flavour. Then you can choose from tagines, couscous, or grills. I found the menu almost always largely meaty with not many vegetarian options and surprisingly and disappointingly rather bland flavours. This was also true in the two cases that we ate home cooked meals. So in general I was mostly disheartened by my nine days of a wheaty-meaty diet. I have to admit that nine days is not long enough to make sweeping statements about the food so I am still willing to believe that there is more amazing food somewhere in Morocco. I was just unable to find it readily. Still, what they did manage was to make their food look exceptionally beautiful, filled with Mediterranean colour.

I also have to say I thoroughly enjoyed a breakfast in Essouira of local crepes ground argan nut and honey, along with fresh orange juice and an espresso – you can sense the strong French influence. Another treat was a dessert of sliced oranges flavoured with orange blossom water and cinnamon or sweet rosewater scented almond milk. Yum!

Preserved lemons for sale on the street 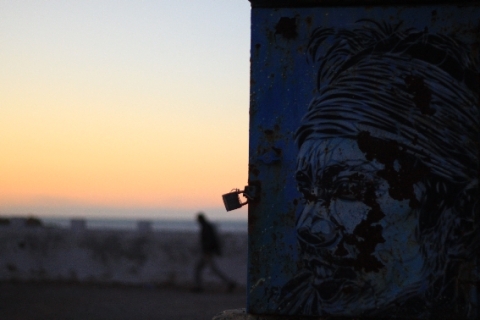 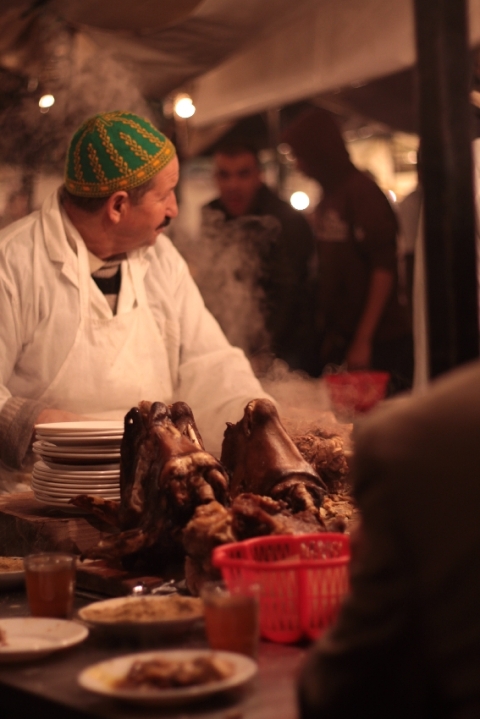 Sheaps head stew being cooked in the Medina in Marrakesh. Something I wasn't brave enough to try.

You are currently reading Morocco at the invisible cookbook.